Do you know that it’s national chocolate week next week? There’s a huge celebration of chocolate happening during October 12th-18th, with lots of events running throughout the UK. The final one is a huge Chocolate Show running from October 16th-18th in London. I am so excited. Although, if I’m honest, it seems like every week is chocolate week in my household. Any reason to eat chocolate sounds good to me.. as you already know, I’m a complete chocolate addict.

So next week, be prepared for a lot of chocolate on my blog and across my social media. In fact, I’m so excited about next week that I’m already sharing this chocolate filled recipe with you now, so I can start my celebrations.

My favourite recipes to make are always chocolate based – especially baked goods. So when I began planning my Chocolate Week recipes, I knew there would be lots of baking involved. I decided to begin by making something I’m currently obsessed with – donuts. Ever since buying my first donut mould recently, I haven’t stopped making donuts. In fact, I’ve started baking almost all of my cakes in my donut mould – muffins, loaf cakes, etc. because it just manages make any creation look adorable.

So, since the success of my banana bread donuts, I decided that it was time to share some chocolate donuts. And, of course I had to include something special in these donuts.. this time, it was coconut. Since my collaboration with Coconut Merchant, I’ve been able to create some really great, creative recipes, using lots of their delicious coconut-based ingredients. For this recipe, I made the donuts using their coconut water, coconut sugar, and coconut flour. Then, for the fudge topping, I combined more of their coconut water and coconut sugar with some of their coconut oil and desiccated coconut, to make this completely heavenly, coconut filled treat. They definitely make a great way to start getting ready for chocolate week!

for the fudge glaze: 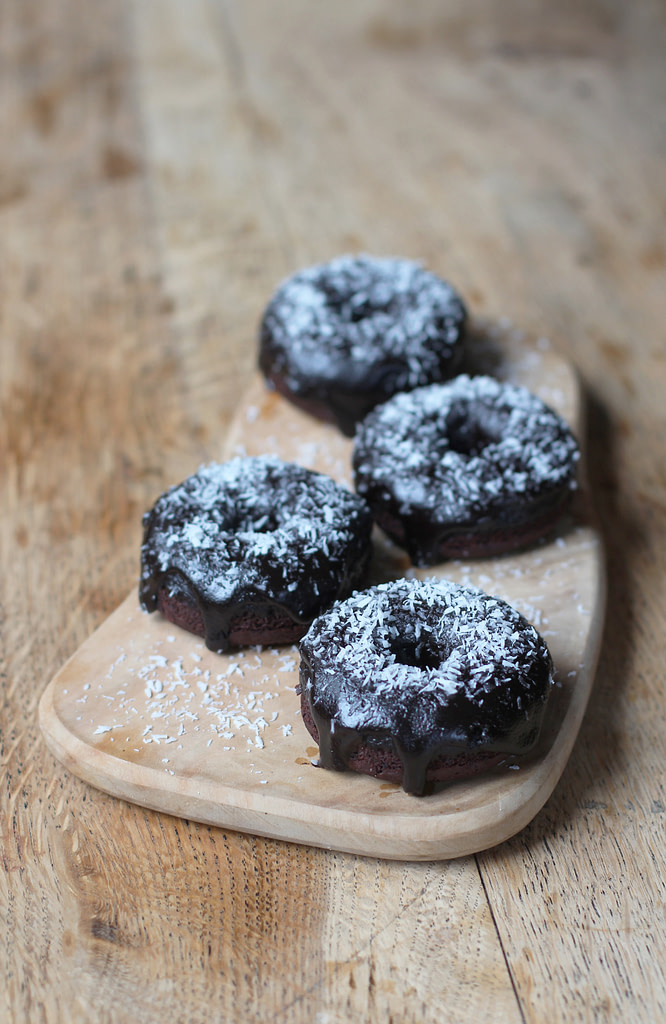 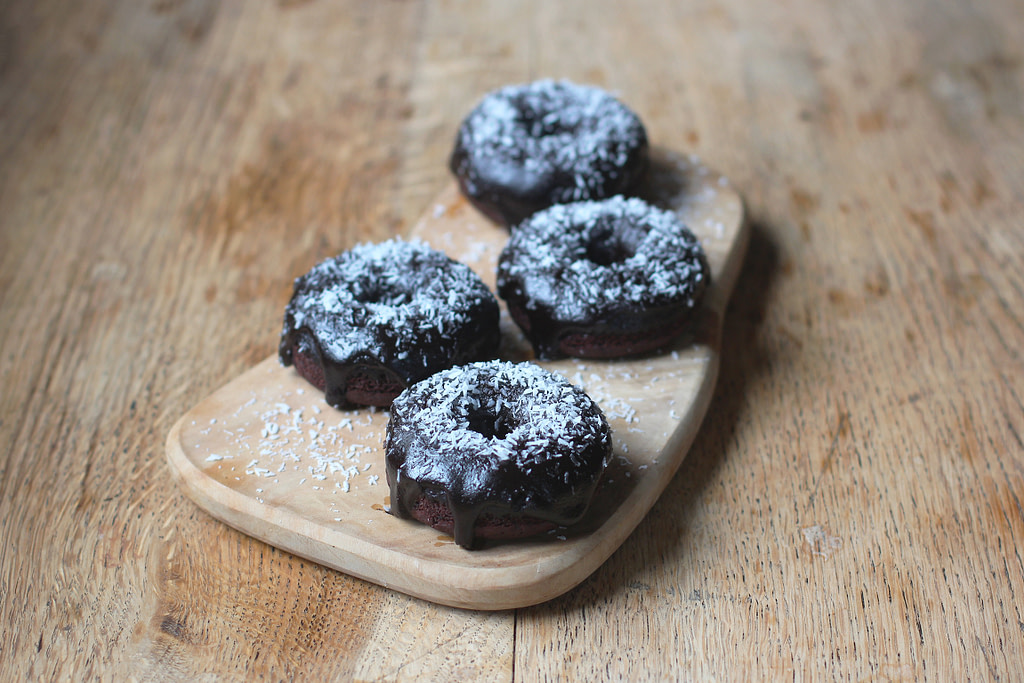 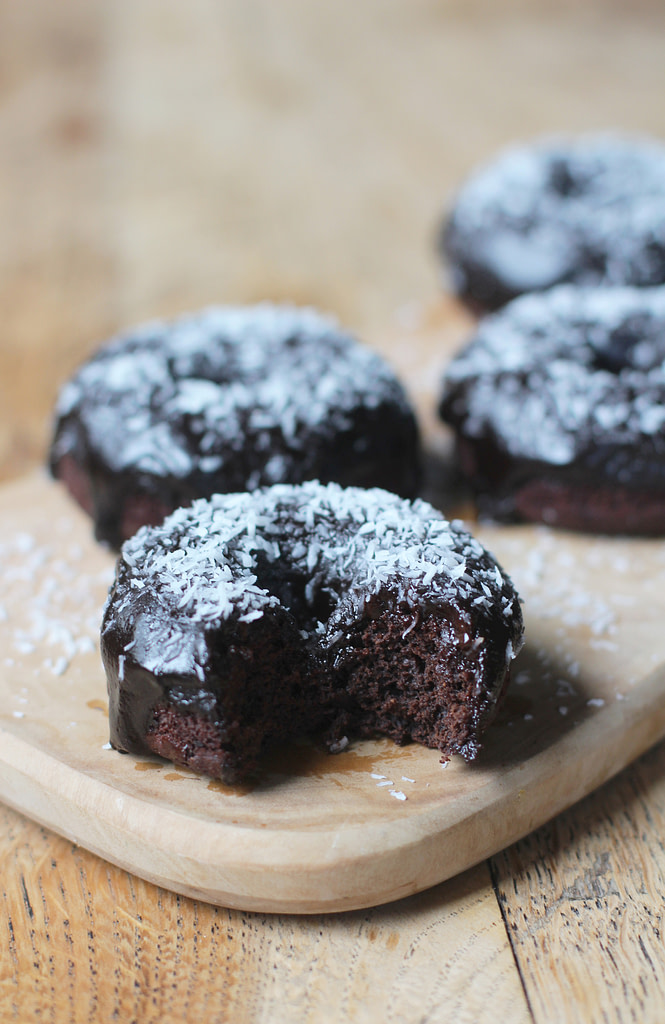 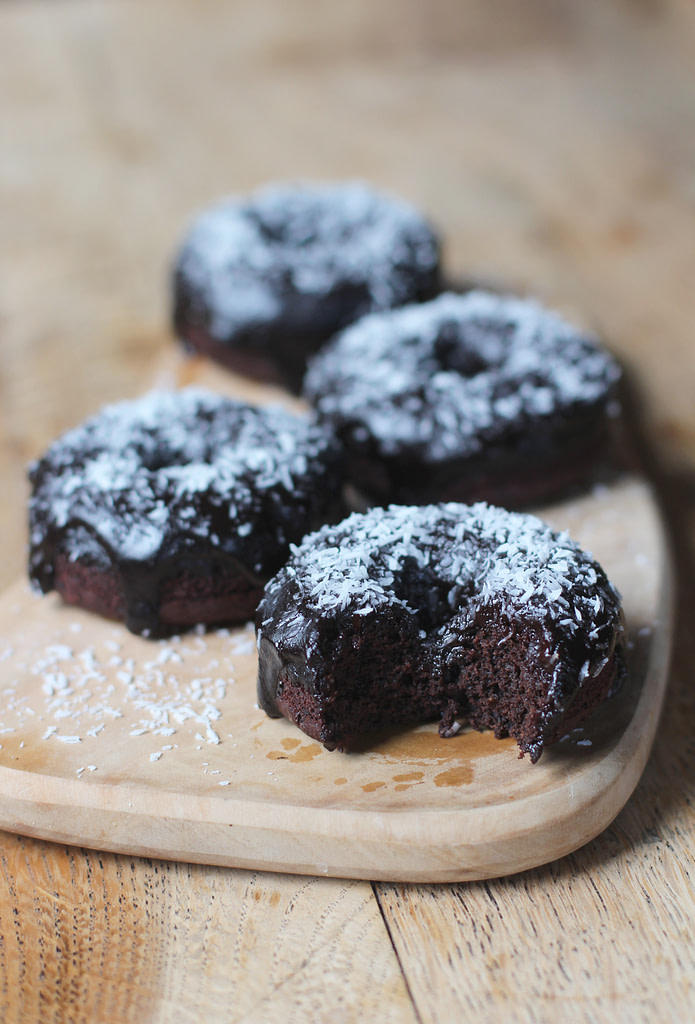