Possets are such a delicious and light dessert to eat. As you can tell, they’re one of my favourite recipes to make – as I’ve already shared two recipes for them before – a lemon version and a lime version. I made this posset as another recipe in collaboration with St. Dalfour, featuring one of their fruit spreads. For this dessert, I decided to make a blueberry and vanilla flavour, using some of their Wild Blueberry Preserve. 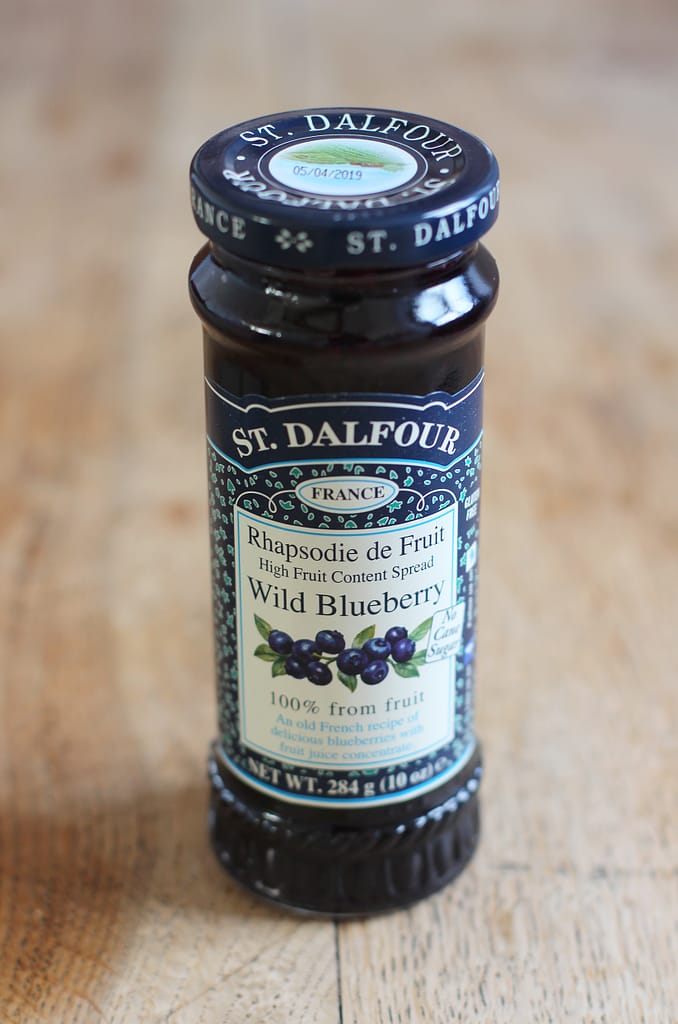 I decided to make the posset similarly to a raw cheesecake mixture, but with more liquid so that it had a lighter, softer consistency. It’s really quick and easy to make, but it takes a few hours to cool and firm up slightly in the fridge. I made the posset in three separate sections, for a layered effect which really distinguished the different elements and flavours. To begin, I blended the vanilla layer – made with a mixture of cashews, maple syrup, vanilla, almond milk and coconut butter. Then, I removed some of the mixture from the blender to set aside, and blended what was left with some fresh blueberries for the blueberry layer. After that, I scooped some Wild Blueberry Preserve into the bottom of 8 shot glasses for the base layer. When both of the posset layers were ready, I simply spooned them into the glasses – first with the blueberry layer, and then the vanilla on top. Then, I moved them into the fridge until they were ready to eat.

So, they really are that easy to make!  I hope you enjoy the recipe.

makes about 8 – depending on size of glasses used 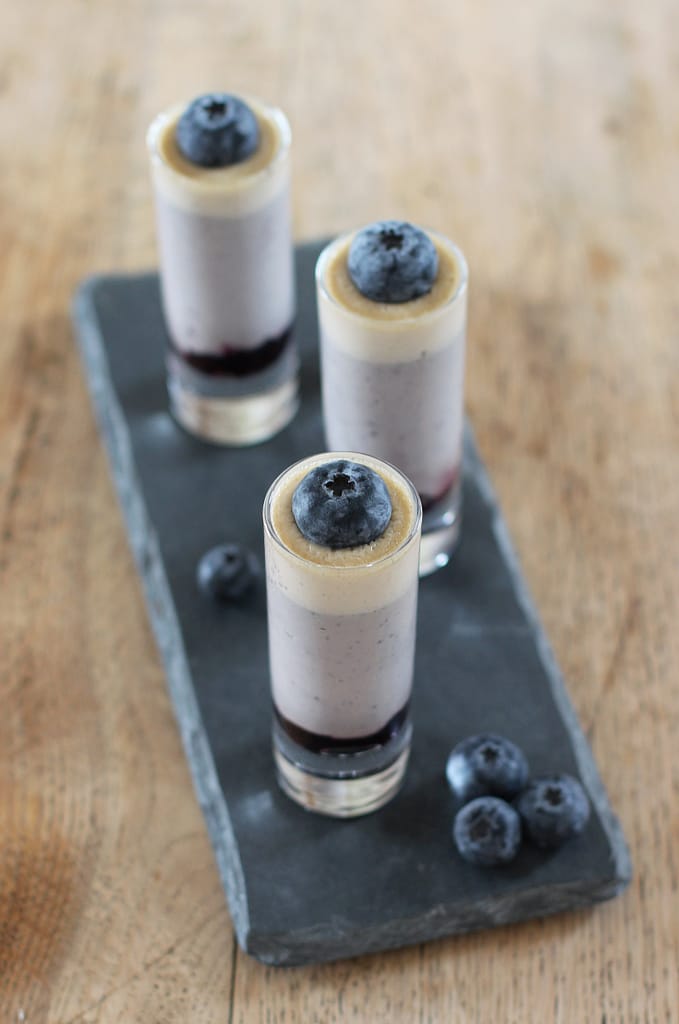 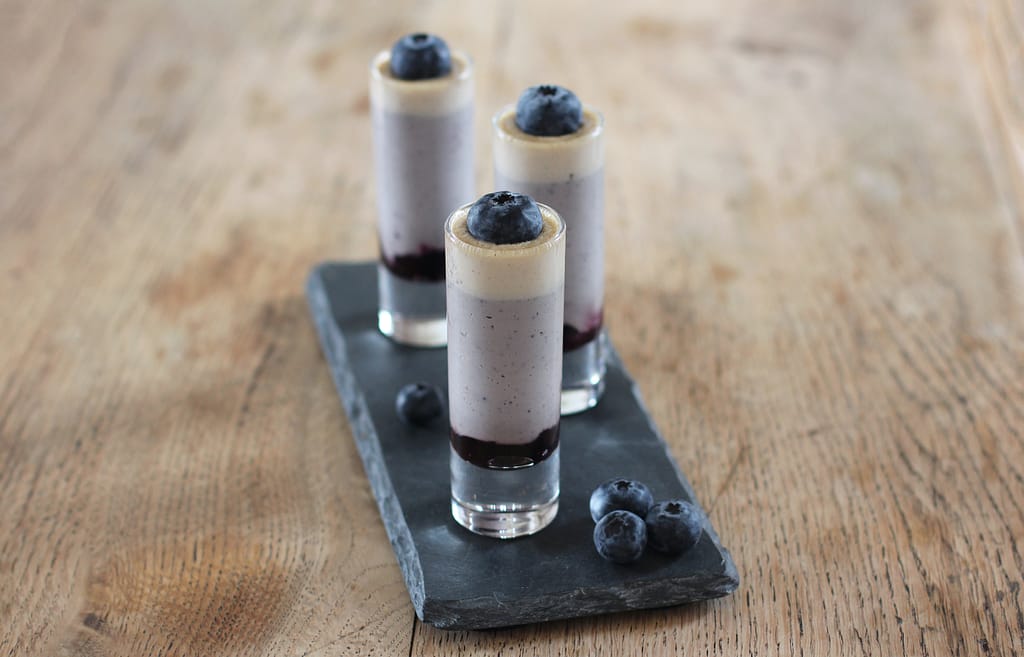 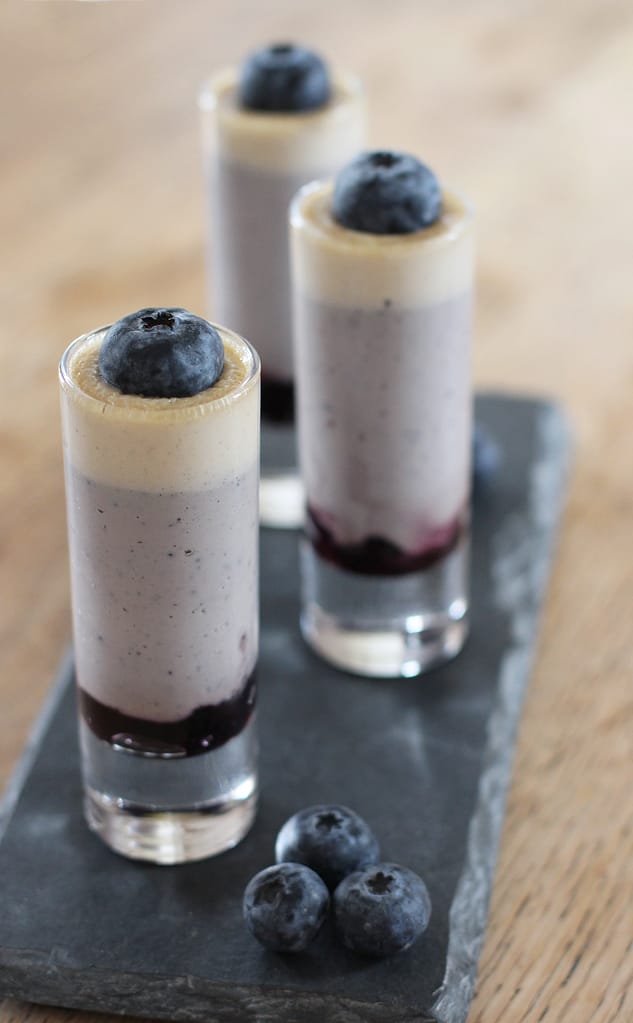 18 thoughts on “blueberry and vanilla posset”